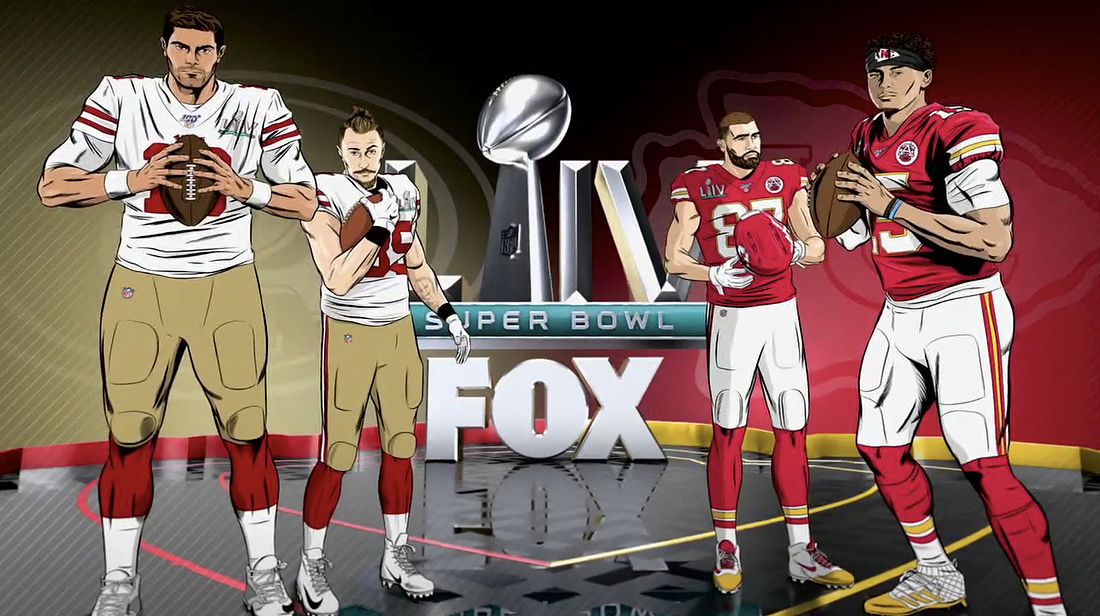 Fox Sports’ coverage of Super Bowl LIV included a new graphics package with an emphasis on stats and an illustrated twist.

Powered by Vizrt and Ventuz and created by Drive Studio, the graphics include player illustrations instead of photographic headshots along with typography inspired by each team’s logo typeface.

Sports Video Group, who spoke with Fox’s Zac Fields about the look, notes that an illustrator was hired to create roughly 15 player illustrations per team.

Overall, the style is a bold rethinking of Fox’s NFL design package, which was updated less than six months ago

The new motion and insert graphics will return next season and be featured in the XFL’s inaugural season, which begins next week on a variety of broadcast partners including Fox Sports. This look is expected to remain an NFL-only package for Fox, much as ESPN and NBC both have packages exclusive to football coverage.